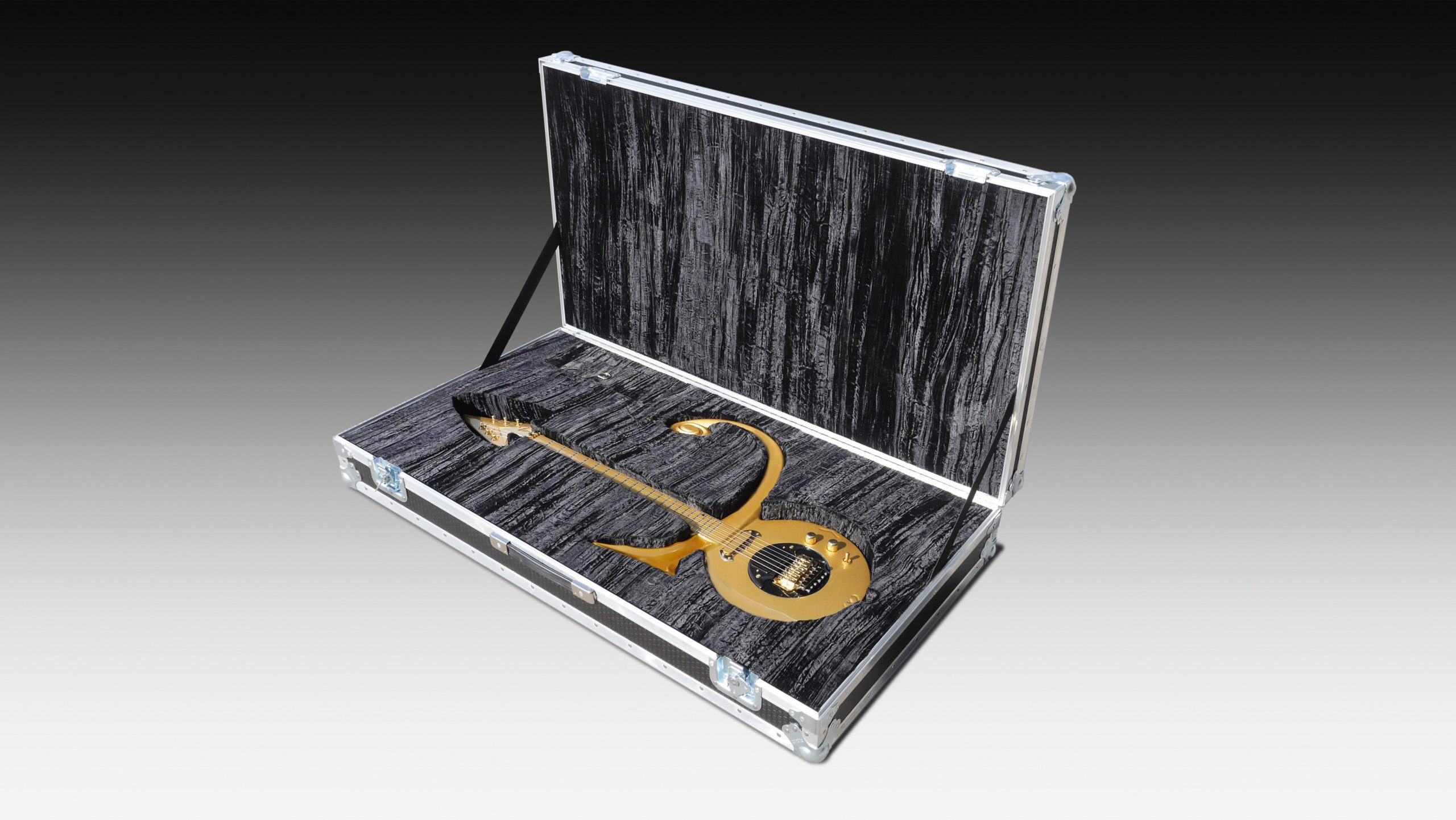 We’ve all heard the sad news that Prince has passed away, and like you, I remember exactly where I was when I first heard the heartbreaking report. The news media and supermarket tabloids continue to revel in every new wrinkle in the story of this member of rock royalty’s life and death. But we’re focusing on a photograph of a legendary musical instrument that was crafted exclusively for the “Purple Rain” artist: the last guitar Prince ever purchased.

It came from Schecter Guitar Research, a company that created several guitars for Prince, including the gold Symbol and white Cloud (which Schecter reproduced in limited numbers to be sold at Prince’s “Hit & Run” tour dates in 2014 and 2015). Schecter has been hand crafting guitars and basses for musicians from 150 companies since 1979, producing only 40 custom guitars a While Prince’s last guitar is a work of art, what’s most significant to us about the photo is that it also shows the case this beautiful guitar was delivered in: an Encore Case.

That says two things about Prince: he demands the best in his guitars, and in his cases. And Prince had one thing to say to us about this delivery:

This is what we here at Encore Cases strive for with every customer we build for, whether that’s a musical genius like Prince, or a garage band guitarist about to take his (or her) first honky-tonk tour. We know what touring with our cases does for whoever takes them on the road: it provides a sense of security, knowing that whatever goes into one of our cases will arrive on the other end in the same shape it was when it was packed. Having done that for customer after customer, since 1976, gives us a sense of pride that we think shows through in the quality of our craftsmanship.

What does it take to build guitars for Prince? Well, Schecter has built quite a few, but we also discovered another builder who’s had a pretty good track record with the singer who encouraged us all to party like it was 1999. Andy Beech is known to his clients and peers as a “master luthier” (meaning someone who makes stringed instruments), and he’s been crafting guitars in his own workshop in Bellingham, Washington, since the 1980’s. It doesn’t take long before such a top-notch talent comes to the attention of rock gods like Prince. Andy has had the honor of creating over 30 guitars for the master musician from Minneapolis. One of those guitars Andy built by hand is known as “The Cloud,” and it currently resides in the Rock & Roll Hall of Fame.

We haven’t heard of a title like “master luthier” that applies to great case builders.
But if there was one, we know our craftspeople would qualify. They take the same pride and care in building the cases that protect some of the world’s most valuable musical instruments as the craftspeople who made the instruments themselves.

That’s why, if you want a case that’s fit for a Prince, you should ask for an Encore. Encore Cases offer the highest quality of materials and true world-class craftsmanship in every product we construct.

RIP, Prince. Thank you for the music.

Red Bull gives you wings, and it is our duty to protect those wings. That is why when our 12-year-old cases for the Red Bull Air Race planes came to us for an upgrade, we were happy to take them into our shop and make sure everything was up to date.

At Encore Cases, we can make and create anything our[...]

Airline tips for traveling with your important gear

You’ve booked a bunch of shows on the West Coast[...]