​When we were contacted by a local collector to build a custom case for a priceless, original Gauguin wood carving, we jumped at the opportunity. We’ve been building custom cases for decades – since 1976 to be exact – and we knew we could build a case that would protect this customer’s artifact for many, many years to come.

​Eugène Henri Paul Gauguin (1848-1903) was a French post-Impressionist artist. Underappreciated until after his death, Gauguin is now recognized for his experimental use of color and Synthetist style that were distinctly different from Impressionism. His work was influential to the French avant-garde and many modern artists, such as Pablo Picasso and Henri Matisse. Gauguin’s art became popular after his death, partially from the efforts of art dealer Ambroise Vollard, who organized exhibitions of his work late in his career, as well as assisting in organizing two important posthumous exhibitions in Paris. Many of his paintings were in the possession of Russian collector Sergei Shchukin and other important collections.
​He was an important figure in the Symbolist movement as a painter, sculptor, printmaker, ceramist, and writer. His bold experimentation with color led directly to the Synthetist style of modern art, while his expression of the inherent meaning of the subjects in his paintings, under the influence of the cloisonnist style, paved the way to Primitivism and the return to the pastoral. He was also an influential proponent of wood engraving and woodcuts as art forms.

​After a brief phone call (and a brief history lesson), the customer made an appointment with Jim Turner, one of our product specialists, to come into our Sun Valley manufacturing facility for some initial measurements. Upon arriving, Jim asked the customer to bring in the wood carving, and they got right down to taking some preliminary measurements.

​They discussed case material/hardware options, and decided on our ½” lightweight flight panel material with standard zinc plated hardware. They added locking latches on the front of the case to prevent unauthorized access, and a spring recessed surface handle to carry it around. He also opted for the hand-stitched crushed velvet inlay to ensure that the carving would only be touching the softest material possible.  Because of the odd shape of the sculpture, Jim determined that two pieces of foam would need to be custom cut. This would ensure that it would lie snugly in the case when being moved, and be easy to remove when required. The primary foam would encapsulate the statue, and the second would slide in before closing the case for a nice snug fit.

​The customer left, and two weeks later a custom case was ready.

When the customer arrived, he saw his new case, and brought the statue in for a final fitting. Because of the skill and experience of our Product Specialists and manufacturing team, everything fit exactly as it should, and the customer was ecstatic. Needless to say, he left with a smile on his face, and his priceless artifact would be safe and sound no matter where it travels (while looking great in its shiny new case).

Airline tips for traveling with your important gear

You’ve booked a bunch of shows on the West Coast[...] 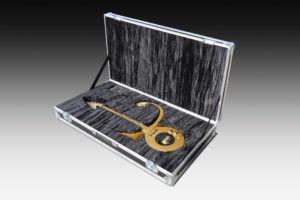